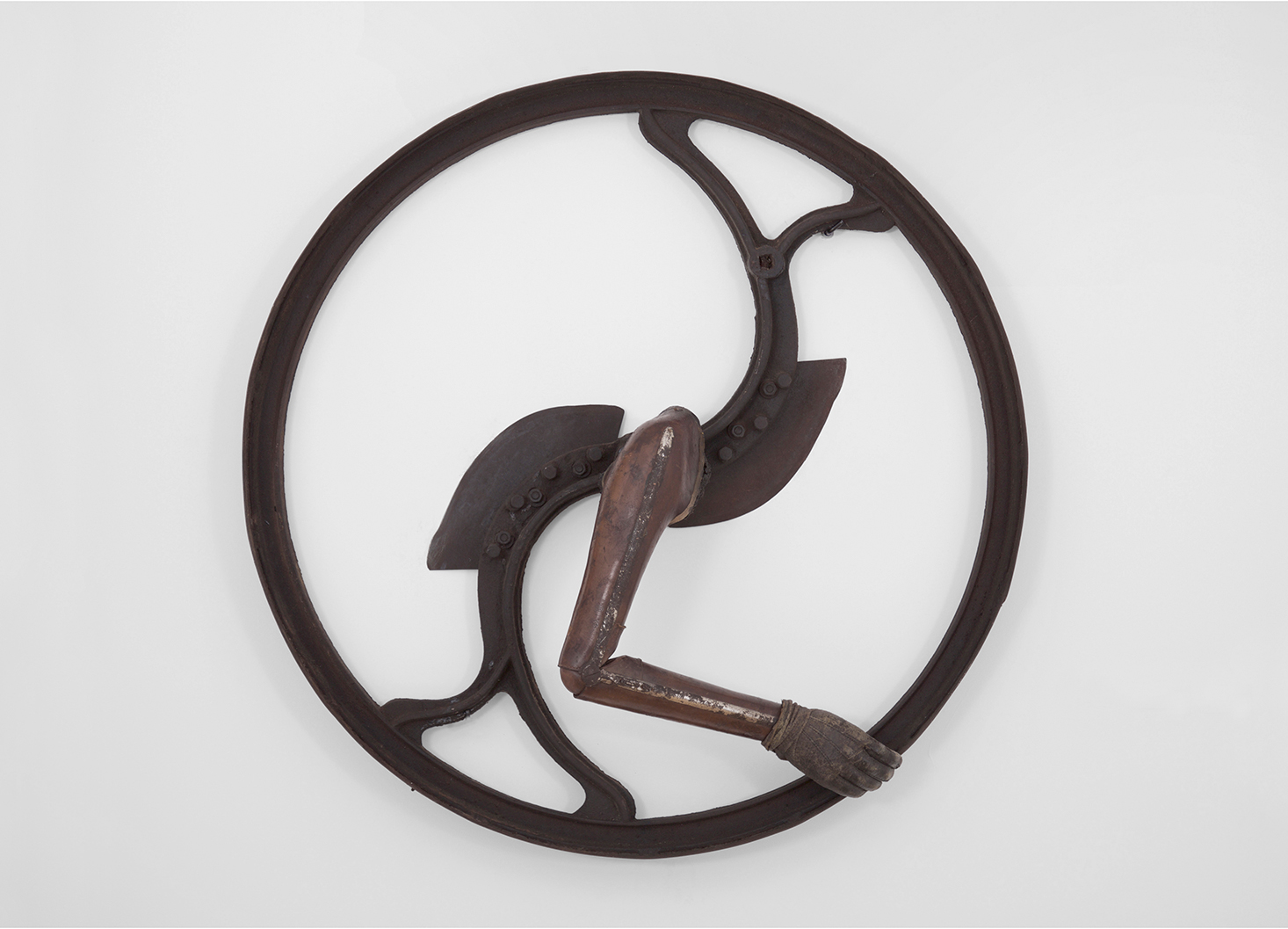 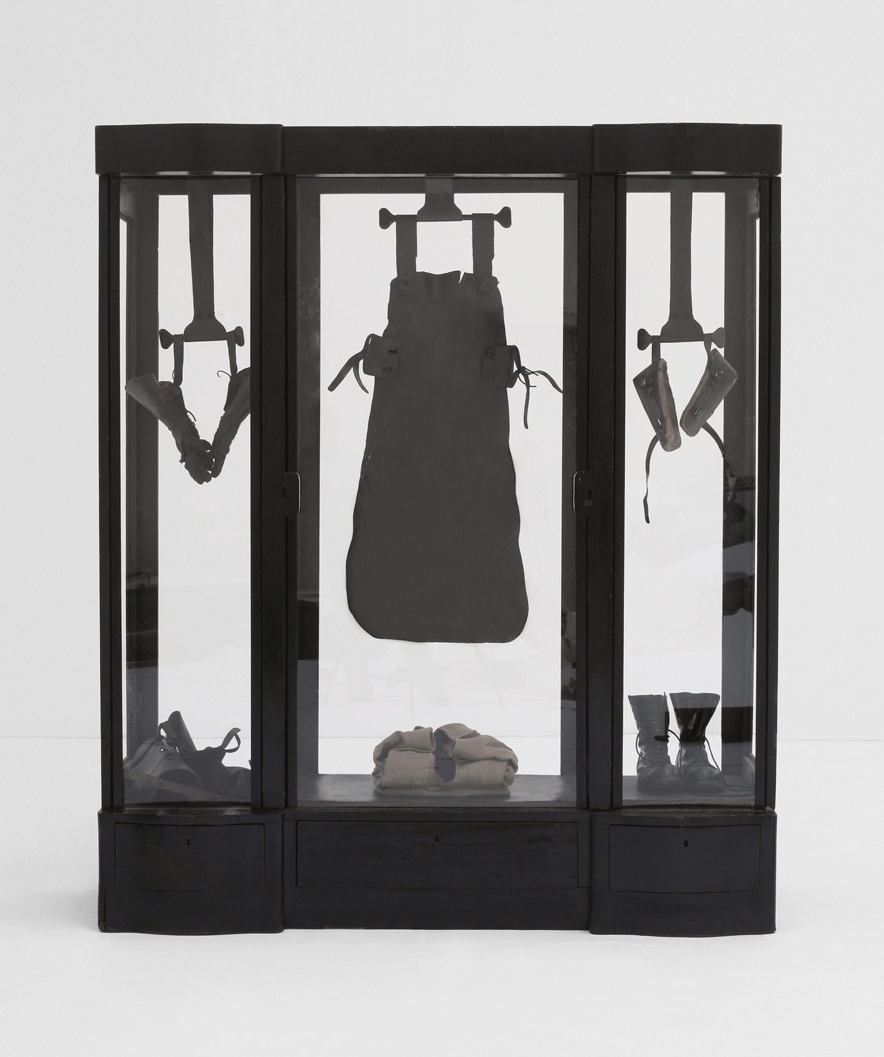 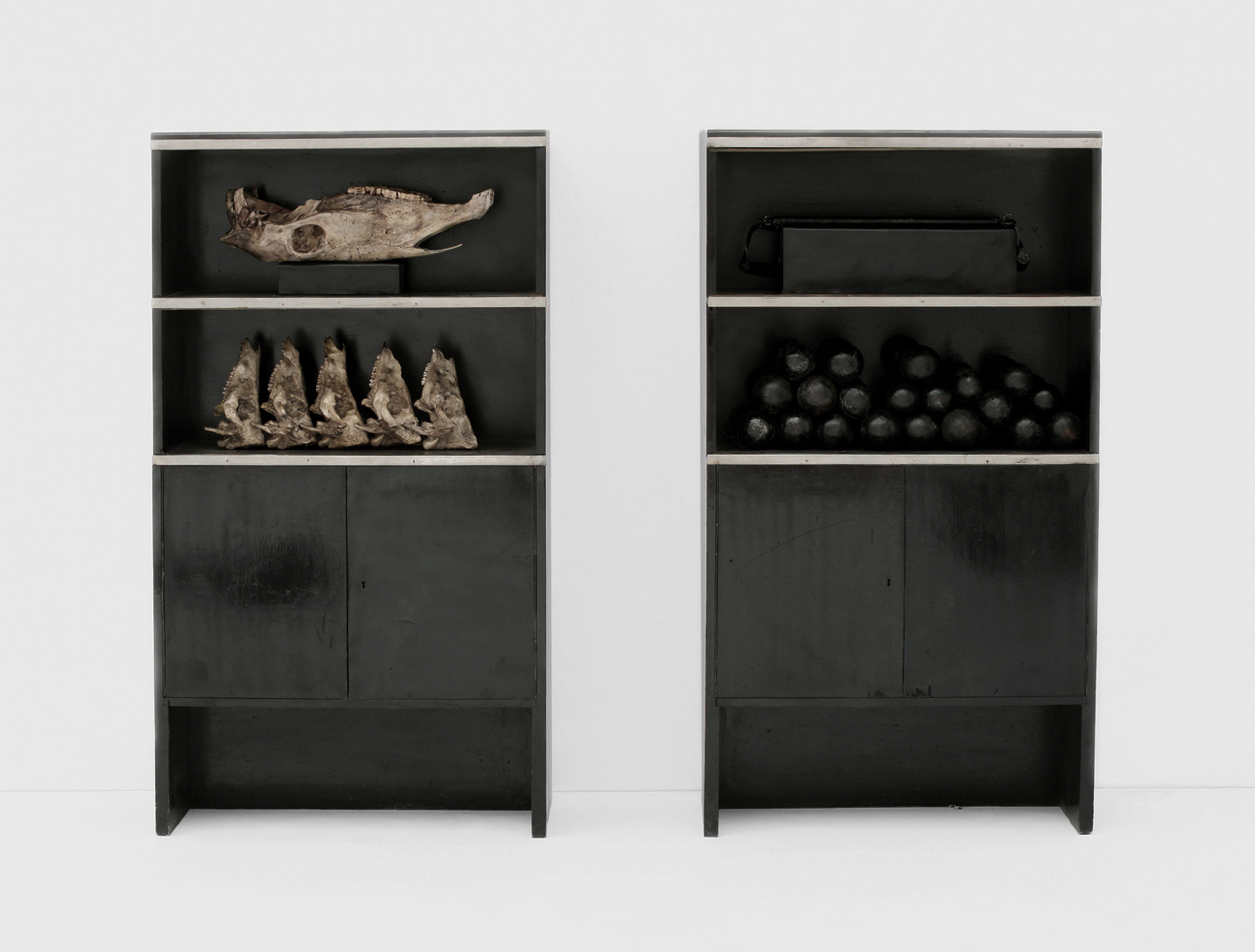 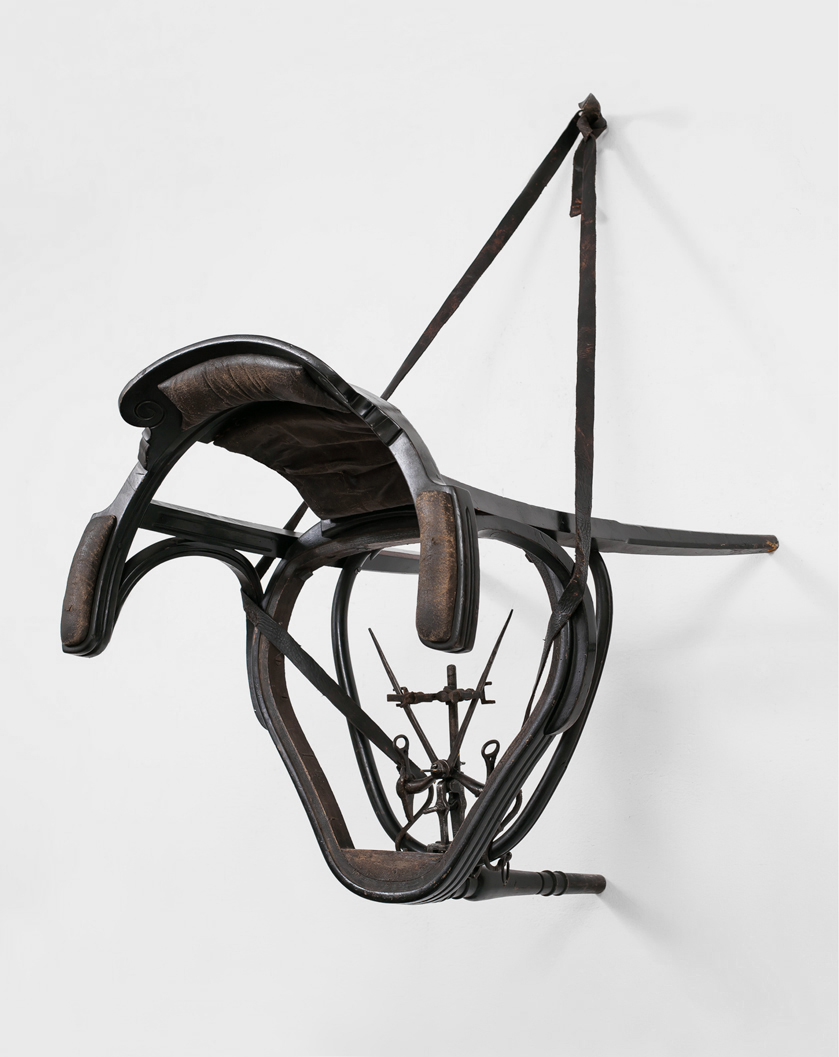 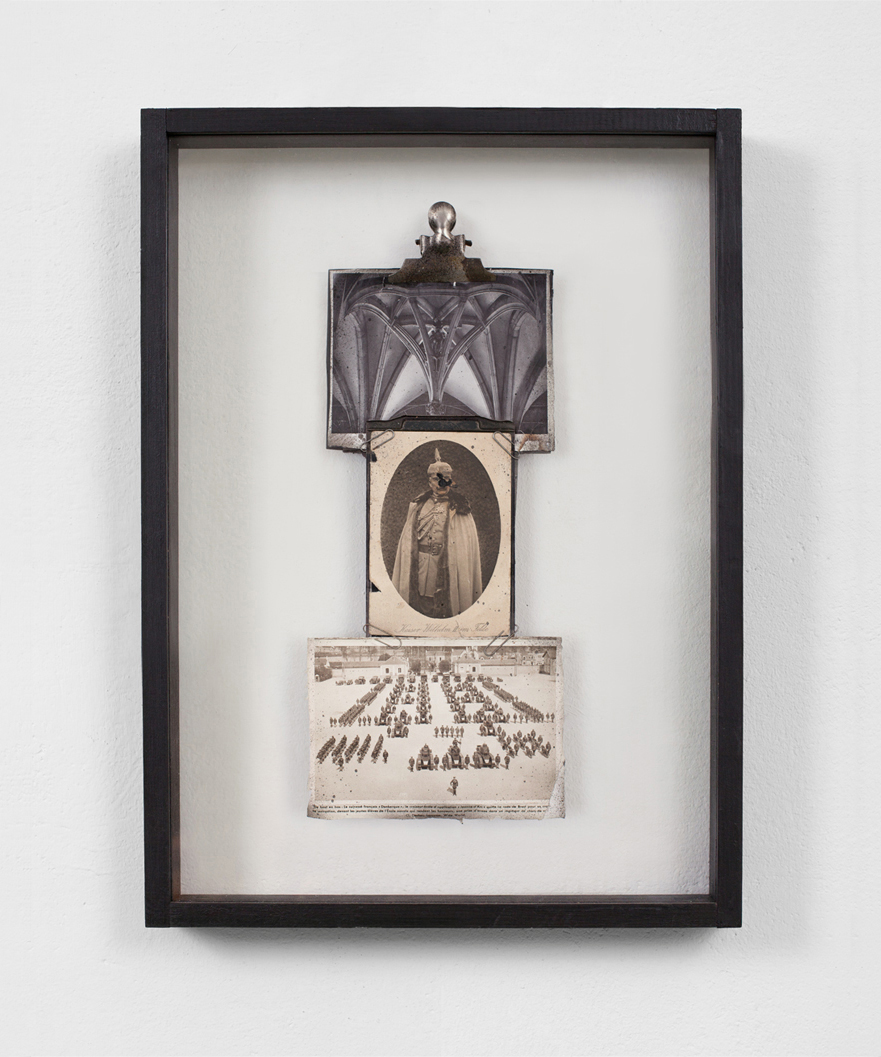 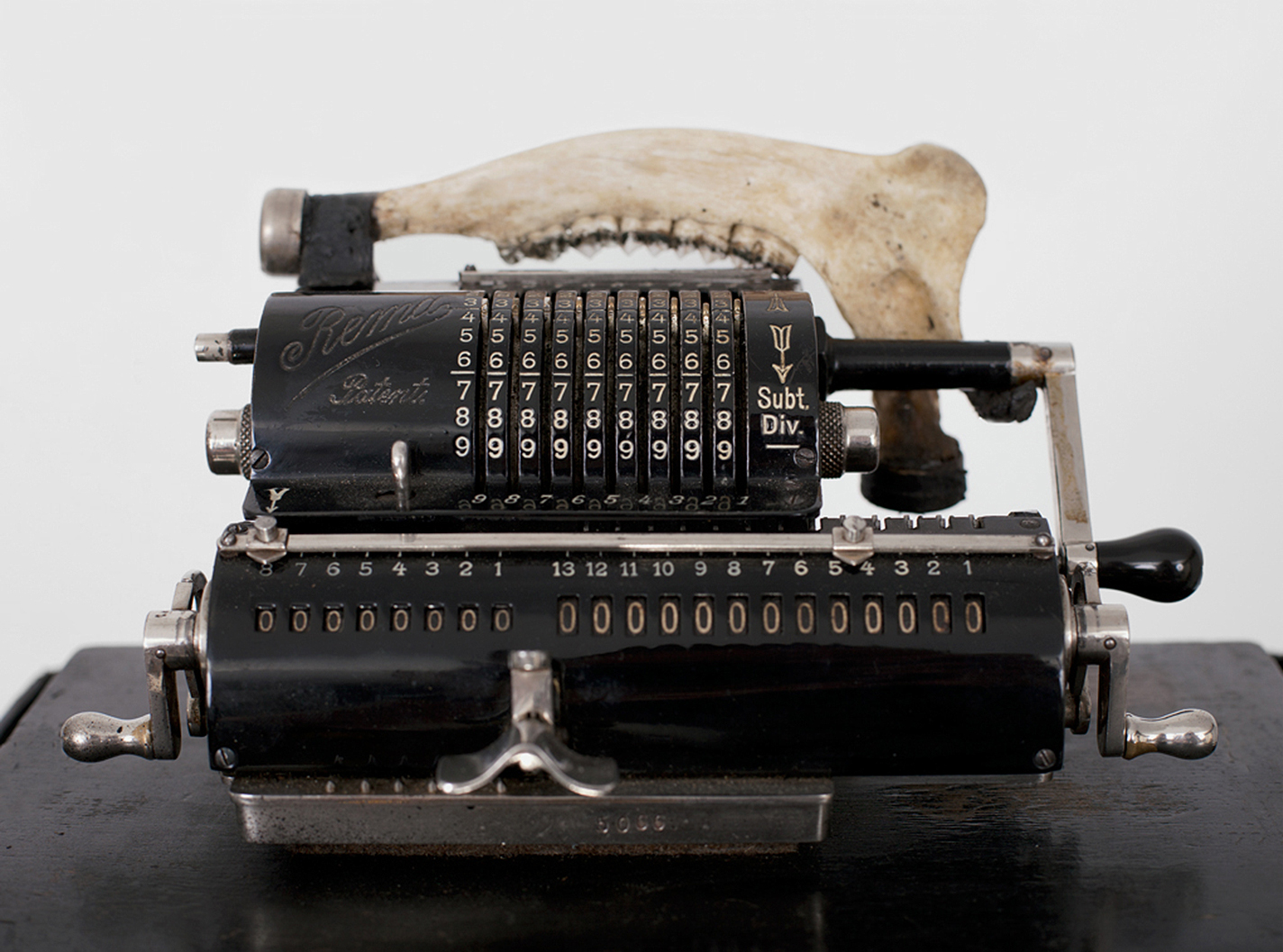 Jan Manski’s project, Possesia, presents an uncompromising body of work whose evolution reveals a ritualised re-awakening of the destruction that spread across Europe 100 years ago. Manski has been developing Possesia since 2010 as the starting point for his working trilogy of Possesia, Onania and Eugenica. The Possesia universe is composed of Manski’s sculpture, film and collage techniques. As in Onania, Manski presents a lexicon of cruelty in Possesia, introducing a pagan world of the occult merged with a God-sent plague.

The Idol looms over his environment as the grand Master of Ceremonies, whose oppressive authority is only implied by his absence. The perpetrator’s mutated face is always obscured or burned away in reproduction. Possesia’s metaphor of violence is evoked through dark, organic materials including fur, leather, soil, antlers, despoiled vintage mannequins and animal bones assembled with steel. Physical labour is indicated through rusting tools and defunct farming machinery, while animal remains and synthetic objects discoloured with earth evoke an authoritarian machine-aesthetic. Abandoned photographs and anatomical plates indicate the central protagonist’s brutal existence. As the totemic sculptures,grotesque mannequins and stylised instruments of torture, these objects are fetishised in glass cabinets.

Possesia’s film, Primal Elements, reveals the ritual preparation of the contents of the Posessia world. Artistic creation, archival material and found objects are brought together into the disjointed course of Possesia’s development. The Idol is documented at work at the epicentre of production. Familiar sculptures from the series are assembled, measured and adjusted at the protagonist’s hands. The film’s montage balances 1930s documentary imagery with scenes from the Possesia House. The spliced narrative casts frightening doubt over its authenticity, obscuring the limits of this enclosed reality. Primal Elements is a journey into the subconscious, where Manski delves into our primal fears and existential anxieties.