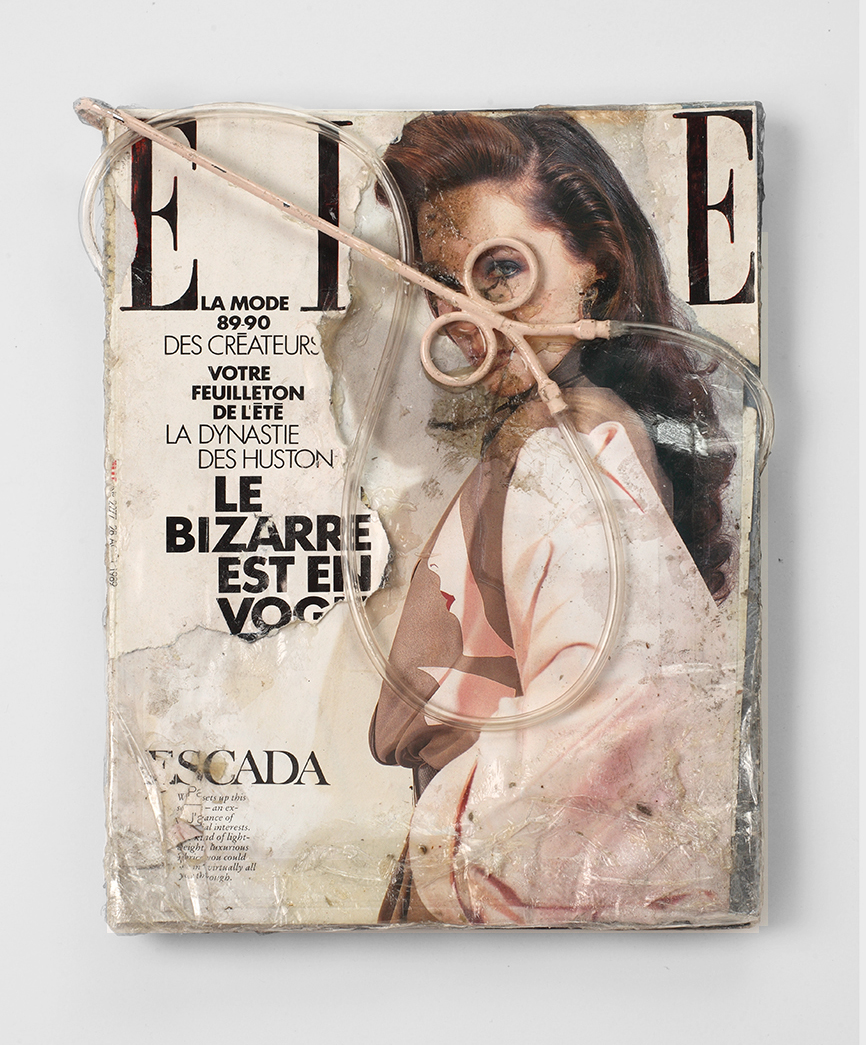 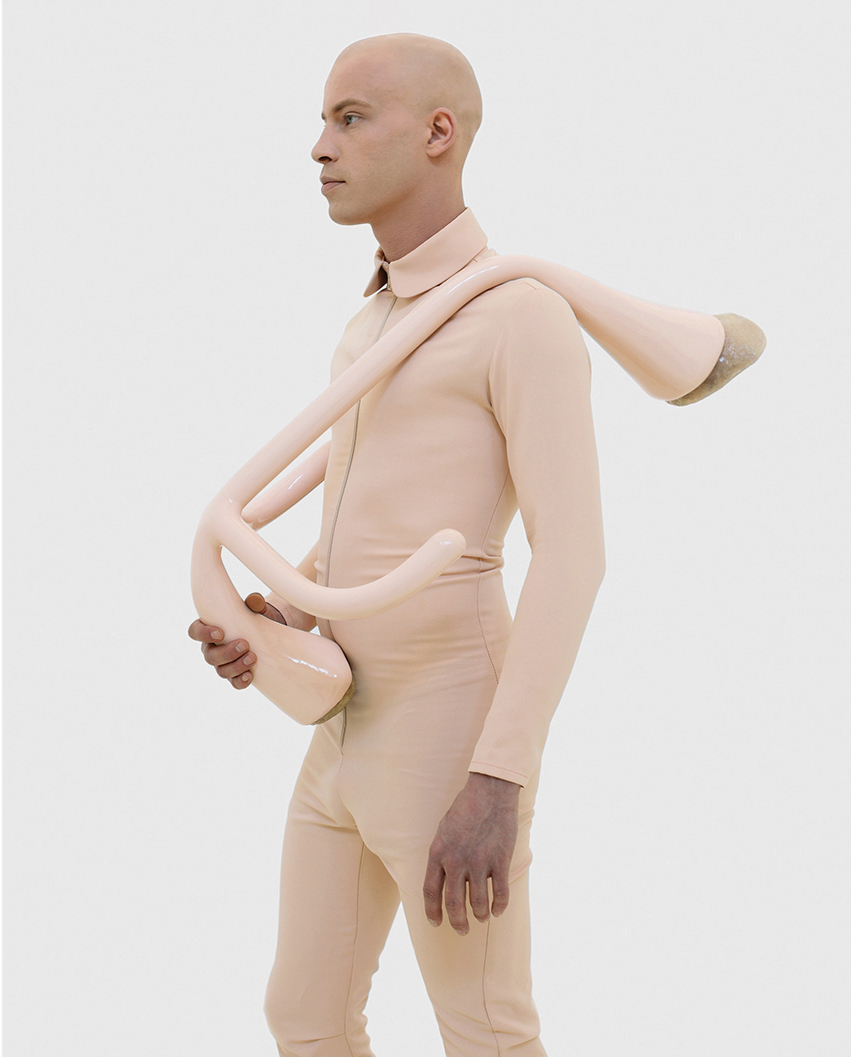 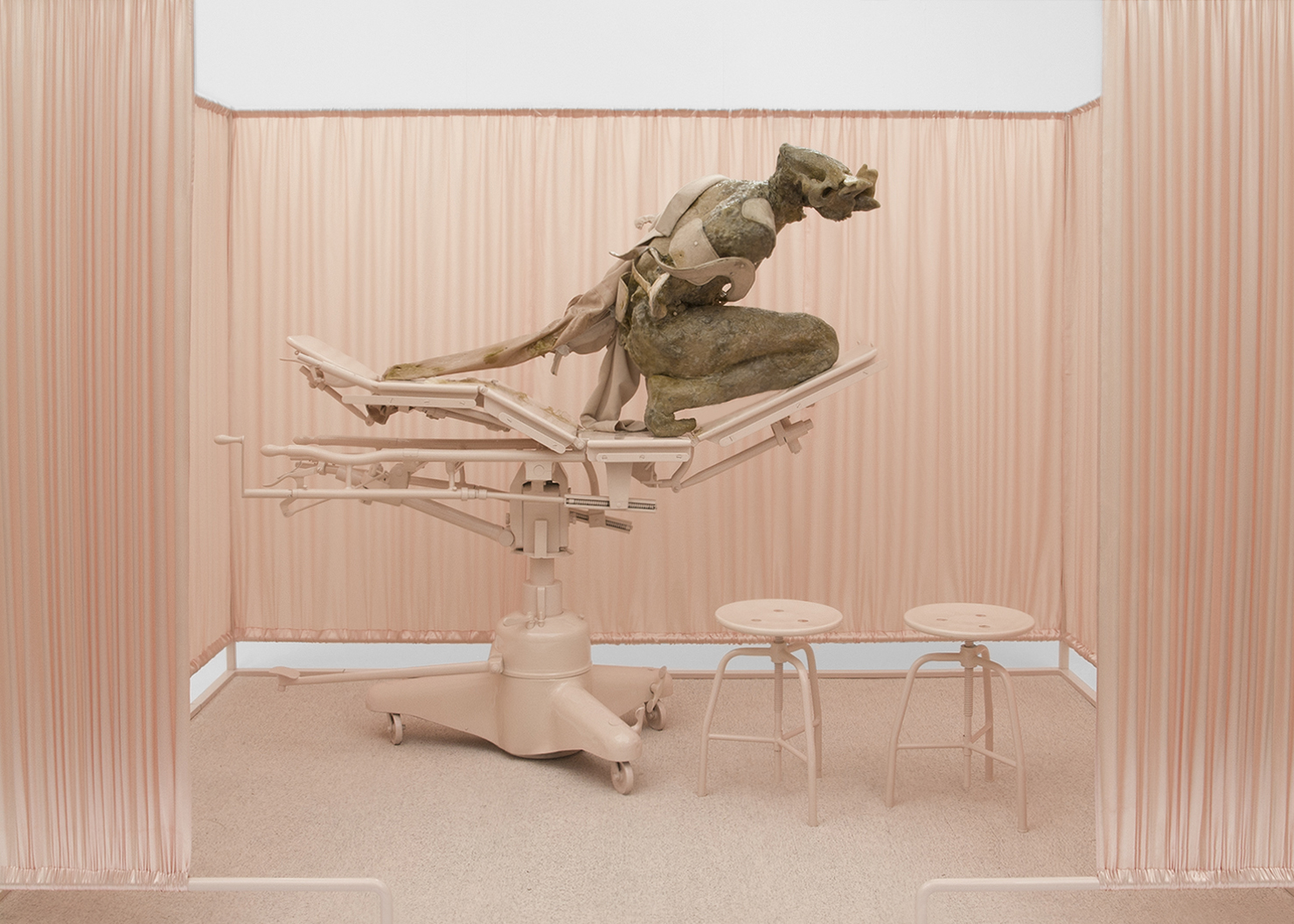 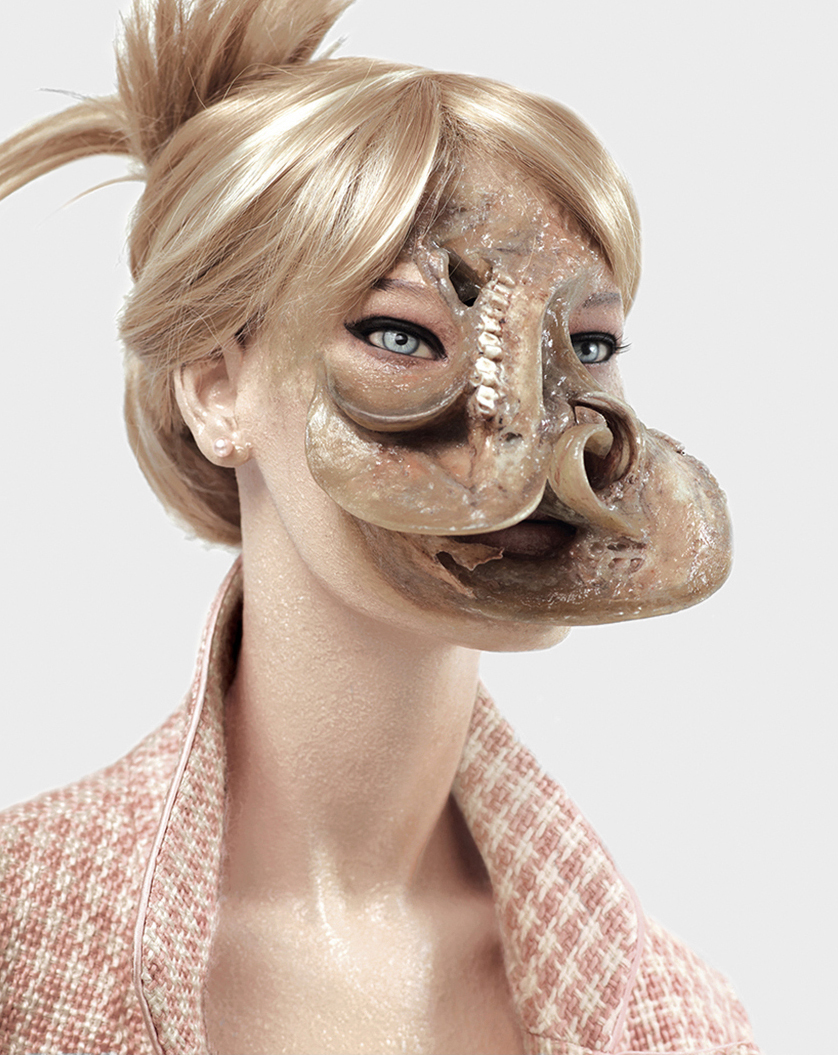 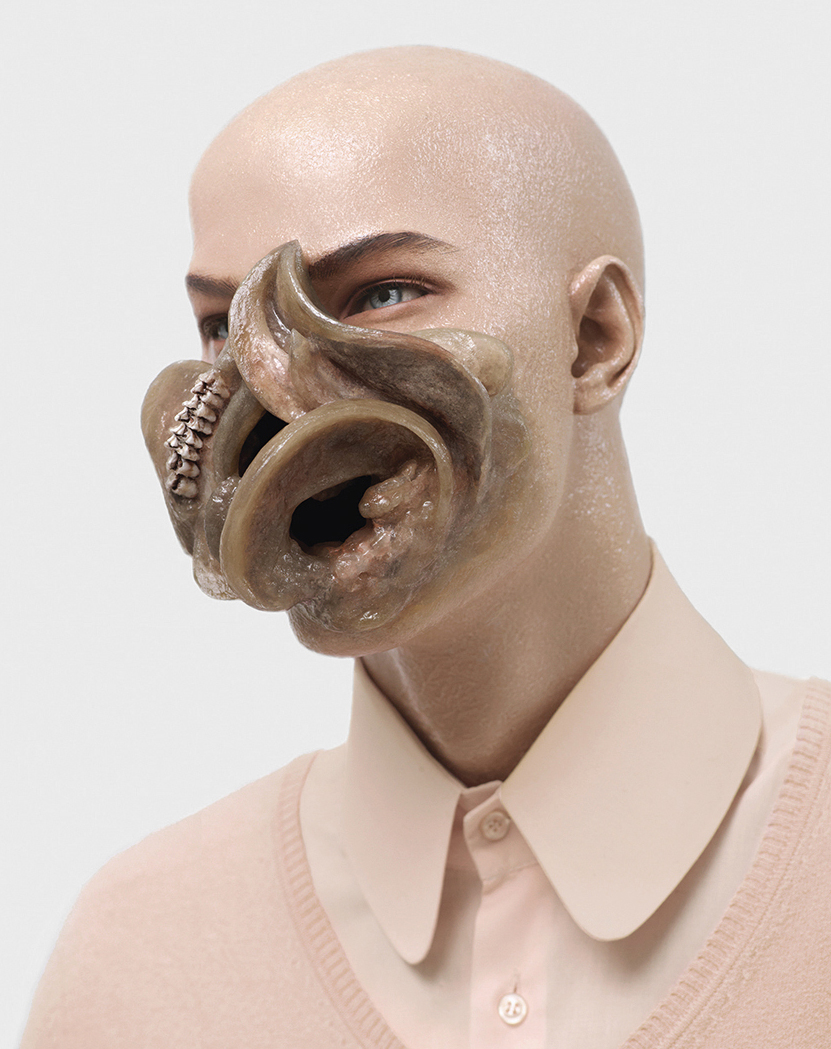 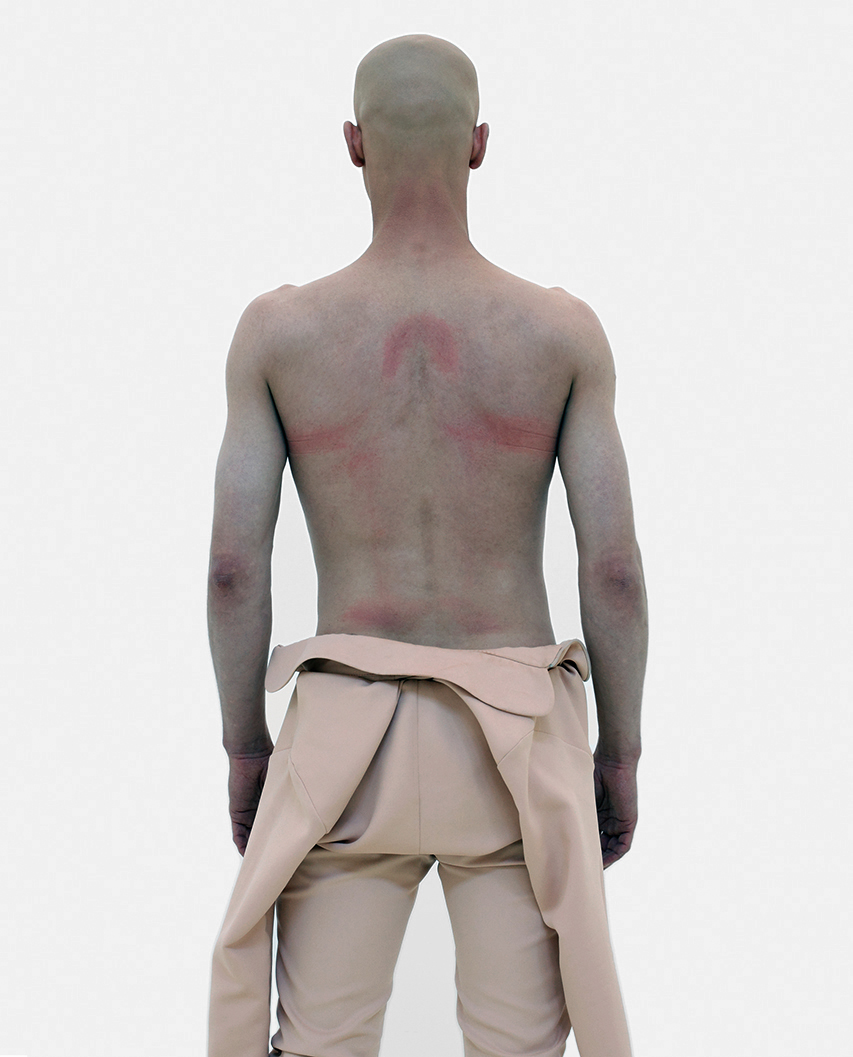 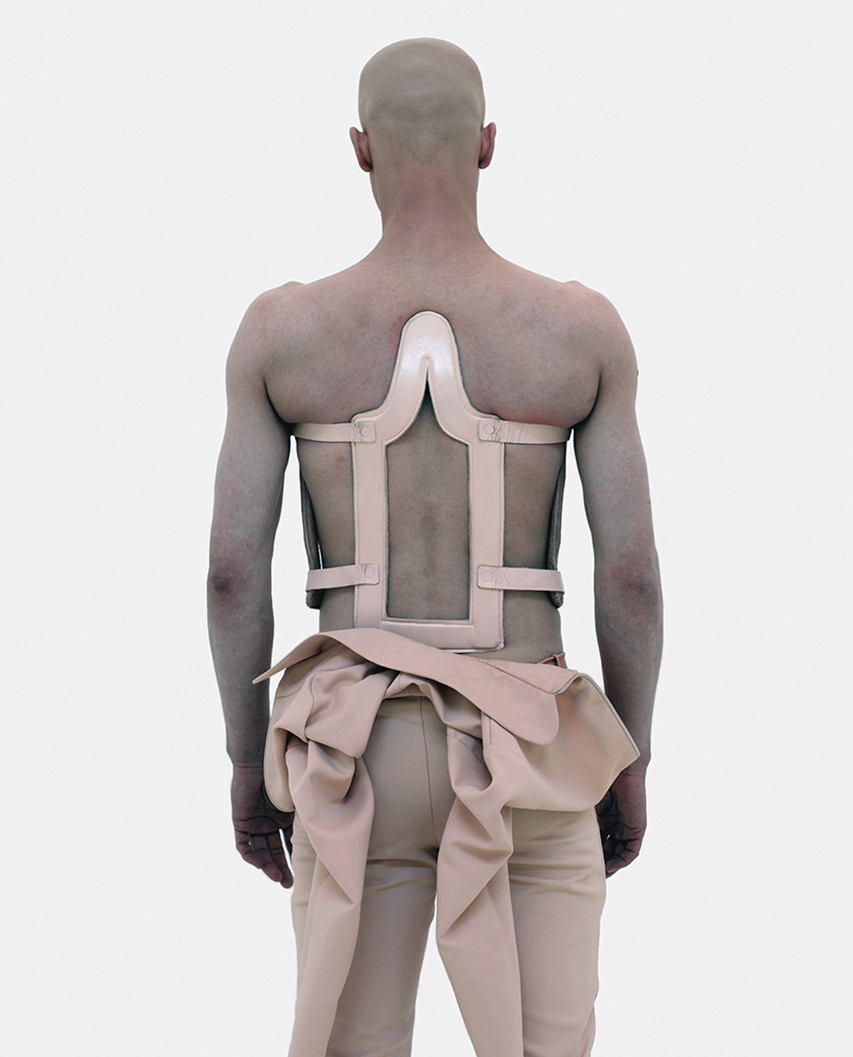 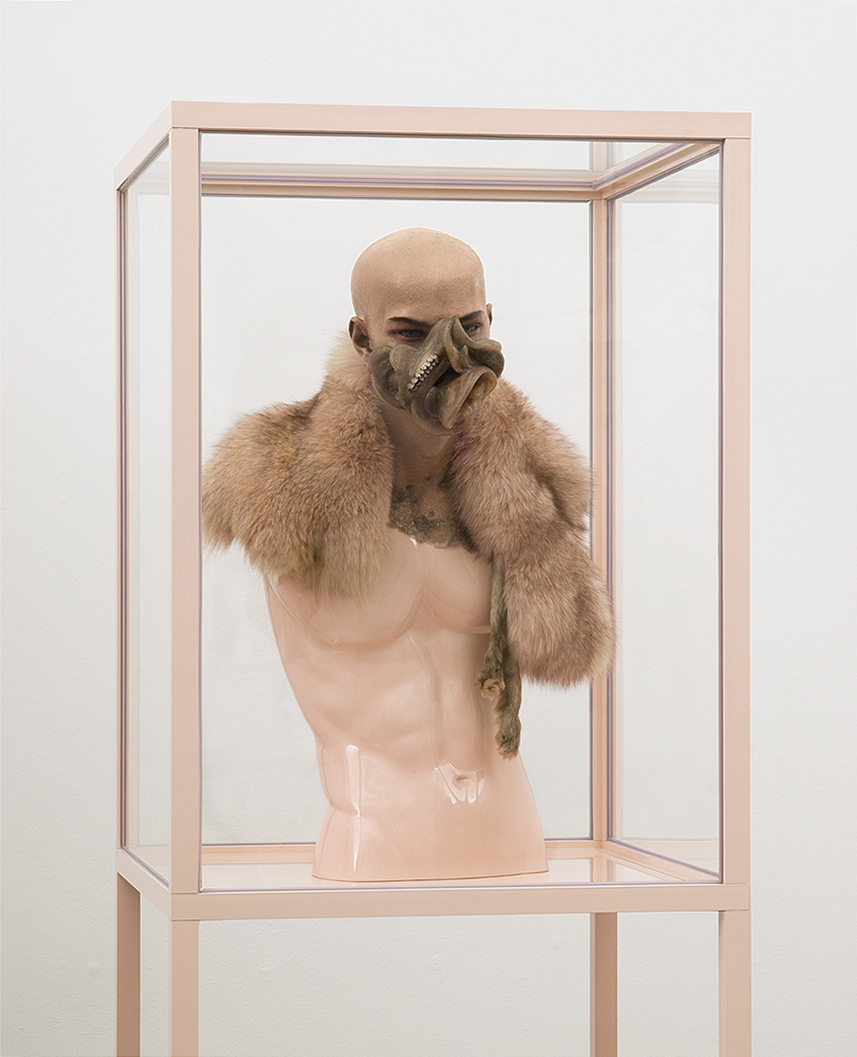 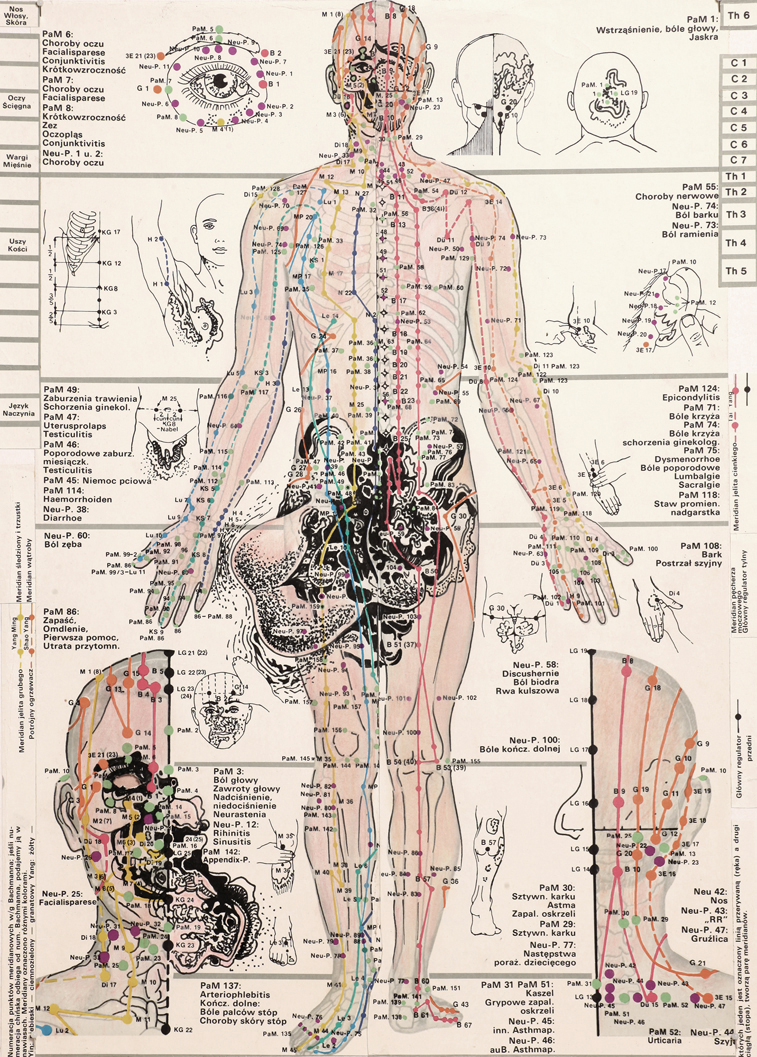 Onania is an infected universe that has been accumulating character and detail since Jan Manski’s MA at Central Saint Martins in 2010. Onania’s development has been unrelentingly pervasive of Manski’s practise, appropriate to its nature as a diseased scourge. Onania hosts an alternate reality and fertile breeding ground for mankind’s most despicable modern habits. Narcissism bred from frantic consumer culture is shownat its most destructive, with Onania’s inhabitants seeking its prime offering – unadulterated and uninterrupted pleasure. Manski’s meticulous and total attention to minute detail has borne a product encased in the methodologies of this eminently inviting and hostile environment.

Onania’s inhabitants are rapidly infected and disfigured, as by a medieval plague, presented in Manski’s glossily ubiquitous, cloying pink. These objects form a series entitled Aetiology Unknown. Skulls, leather, teeth and terrifyingly dated surgical instruments bulge and surge against each other in these sculptures. Even the machine itself is disfigured by a grotesque seepage, spewing combinations of human fat sourced from liposuction clinics, and synthetic materials, largely vinyl acetate. Natural and manufactured elements are brough into fearfully close proximity and become interchangeable, blurring the secure borders of human recognition and refusing reassurance.

The work of Jan Manski is striking, even sensational. Manski realises his vision with a perversely visceral language which creates a coherent, highly stylised world with a menacing futuristic edge. It interrogates and parodies our consumerist culture.

Manski, through an imaginative act of enormous ingenuity, creates an entirely new world rather than relying on the old trope of ‘appropriation’. His world embodies a very particular philosophy of sexual excess and manifest guilt. His futurist pleasure product dramatizes the relationship between our sexual appetites and narcissism, to create a microcosm which is unnervingly familiar but completely alien.

His work is genuinely disturbing and unsettling. The world into which we are drawn is simultaneously seductive and repellent but it repays scrutiny and its impact is substantial and lasting. This is one of the most original voices that I have come across in recent years.